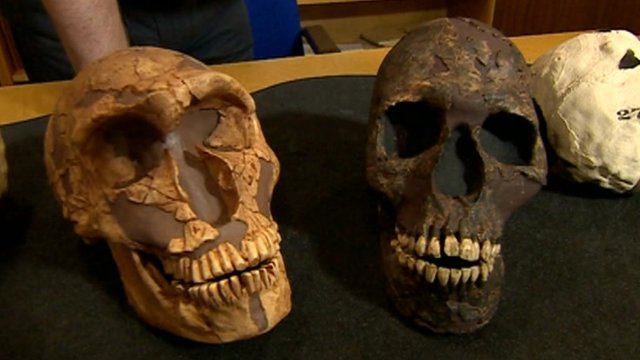 The eyes have it: The Neanderthal skull (L) has larger eye sockets compared with a modern human skull (R). Consequently, the now extinct species used more of its brain to process visual information
A study of Neanderthal skulls suggests that they became extinct because they had larger eyes than our species.
As a result, more of their brains were devoted to seeing in the long, dark nights in Europe, at the expense of high-level processing.
By contrast, the larger frontal brain regions of Homo sapiens led to the fashioning of warmer clothes and the development larger social networks.
The study is published in Proceedings of the Royal Society B.