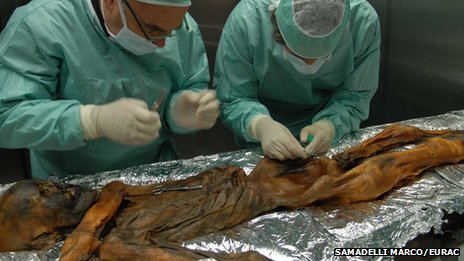 New clues have emerged in what could be described as the world's oldest murder case: that of Oetzi the "Iceman", whose 5,300-year-old body was discovered frozen in the Italian Alps in 1991.

Oetzi's full genome has now been reported in Nature Communications.
It reveals that he had brown eyes, "O" blood type, was lactose intolerant, and was predisposed to heart disease.

They also show him to be the first documented case of infection by a Lyme disease bacterium.